Garbage in, Garbage Out 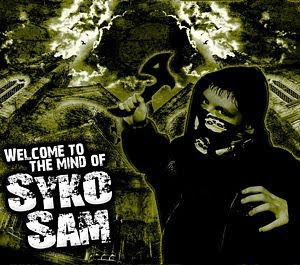 September 18 saw tragedy in Farmville, when four people were brutally murdered. 16 year-old Emma Niederbrock; her Longwood professor mother Debra Kelly, 53; her 50 year-old father Mark Niederbrock, who was a Presbyterian pastor; and her 18 year-old friend Melanie Wells of Inwood, West Virginia were butchered in Kelly’s home. The alleged killer is Emma’s boyfriend, Richard McCroskey, of Castro Valley, California. McCroskey also went by the rapper name of Syko Sam when he performed his horrorcore music.

If you’re like me, you may never have heard of horrorcore before reading about Syko Sam. Back in the 1980s when I was a teenager, Ozzy Ozbourne put on a gruesome show, but most of it was hype. Today, a new style of music makes Ozzy look like the Telletubbies.

Horrorcore is a sub-genre of hip hop music that is basically a slasher film put to music. Its themes focus on murder, Satanism, cannibalism, suicide, rape, and murder. Imagine if every day were Halloween, and you can begin to get into the mindset of horrorcore. The difference is that unlike a once-a-year holiday, or an occasionally watched violent movie (which can be detrimental enough to mental and spiritual health), music is something that fills most people’s lives. We listen at work, at home, in the car, almost everywhere we go. Music is all-pervasive, and can alter a person’s mood faster than a psychotropic drug. 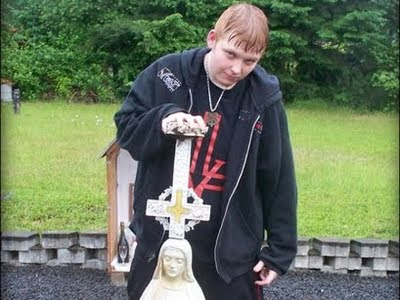 The list of serial killers and mass murderers who were influenced by violent music is long. From Richard Ramirez, the Night Stalker who slaughtered 25 people in the 1980s, to Richard Paul White’s butchery earlier in this decade, many murderers attribute their brutal killings to the influence of groups like AC/DC, Metallica, and more.

Strange, you never hear a serial killer saying he was led to murder by Mozart or Casting Crowns.

The truth is, our mothers were right when they said, “Garbage in, garbage out.” The things we put into our minds, good or bad, have a way of working themselves into our lives. That’s why the apostle Paul says, “Finally, brothers, whatever is true, whatever is noble, whatever is right, whatever is pure, whatever is lovely, whatever is admirable—if anything is excellent or praiseworthy—think about such things (Philippians 4:8 NIV).”

Of course, music is not the only contributor to the mindset of killers like these. Many, like “Son of Sam” David Berkowitz, (see his website here to see how he has now become a Christian) also cite the occult as an influence . Blogger Paul Calcagno, an actor who now regrets making a video by the horrorcore rapper “Sicktanik tha Soulless,” knew McCroskey, and alleges that the murderer’s actions were influenced by the Son of Sam killings, and occultic involvement. A fascination with evil, obsession with death, and attraction to violence lead to acts which fulfill dark fantasies.

Perhaps you or your children may never be led to such depths by violent music and movies. But why pollute your mind with things that clearly aren’t of God? If God has called believers to be holy, why not make our entertainment holy as well?
at October 12, 2009

Greg
I live in the beautiful Pacific Nothwest, where I work as a case manager with formerly homeless people and those currently experiencing homelessness. Prior to that, I was a pastor in Virginia for twenty-six years. My wife, Christina, and I have seven children between us, and we are still collecting grandchildren.