On Saturday, a gunman killed one person and injured three more at a Passover service at Congregation Chabad synagogue in Poway, California.  Last October, eleven people were killed and seven injured at a mass shooting at Tree of Life synagogue in Pittsburg, Pennsylvania.  This was the deadliest attack on the Jewish community in the United States.  Crimes against Jewish worshipers are certainly on the rise.

But that's not all.  On March 15 of this year, Christchurch, New Zealand mourned as its Muslim community came under attack.  "The attacks began at the Al Noor Mosque in the suburb of Riccarton at 1:40 pm and continued at the Linwood Islamic Centre at about 1:55 pm. The gunman live-streamed the first attack on Facebook Live. The attacks killed 50 people and injured 50 others."

Of course, none of this is new.  These are but a few examples in recent memory.  Down through time, faith-based violence has always been a huge theme in human history.  All you have to do is read the texts of sacred literature from around the world and learn that religions have been at the center of violence, either as perpetrators or as victims, since the dawn of time.  But recently, such violence is on an upswing.  On March 15, 2019, WJAC's Crispin Havener wrote:

Violence against religions is as old as time, but studies have shown that in the past decade worldwide, the number of incidents have spiked upward

According to Pew Research Center, in 2018 more than a quarter of the world's countries experienced a high incidence of hostilities motivated by religious hatred, mob violence related to religion, terrorism, and harassment of women for violating religious codes. That’s up nearly 10 percentage points from a decade ago and affecting virtually every religious group: with Christians, Muslims, and Jewish groups the most targeted.

In the United States, the FBI says hate crimes reports were up about 17 percent in 2017, the last year data is available, marking the third straight year it's increased. Specifically, religious based hate crimes went up 23 percent in 2017 from 2016. 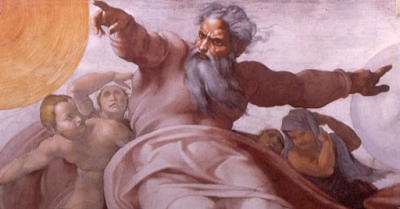 The upturn in religious brutality leads to the question: Is God violent?  Our answer will determine whether we condone or condemn such atrocities as the shootings in mosques, churches, temples, and churches, or whether we believe someone is justified in bombing abortion clinics.  And what about violence that is not physical?  If God is violent, then faithful people have license to engage in hateful diatribes against believers of other faiths, and against nonbelievers.  Suddenly, gay-bashing isn't such a bad thing, if it promotes a stricter adherence to religion.  But it God is a God of love, we have to denounce violence perpetrated in God's name.

For most of my Christian life, I've had a hard time grasping biblical passages that depict God as either directly violent (e.g. the Great Flood), commanding violence (e.g. the Jewish conquest of Canaan), or endorsing violence (e.g. prophets calling down curses on their enemies).  I've asked myself, "Could a God of love really be violent, ask people to commit violence, or support violence?"  If the answer was "yes," then God became a scary, mean, capricious person in my perspective.  But if the answer was "no," then that called into question the integrity of the scriptures that made such claims about such a seemingly violent God.  I've struggled with this for years, going so far as to do my own lengthy study of the topic myself--with no good solution.

Recently, I finished reading Greg Boyd's Cross Vision: How the Crucifixion of Jesus Makes Sense of Old Testament Violence.  While I can't agree with a hundred percent of what Boyd says (I have yet to agree with 100% of what anybody says, I did find his overall perspective compelling.  In a nutshell, Boyd takes the position that God is love.  God's most perfect expression of that love is Jesus, and specifically the self-sacrificing, nonviolent love that is expressed by a Savior who is willing to be killed on a cross rather than to take divine anger out on his enemies.

Dear friends, let us continue to love one another, for love comes from God. Anyone who loves is a child of God and knows God. But anyone who does not love does not know God, for God is love.
God showed how much he loved us by sending his one and only Son into the world so that we might have eternal life through him. This is real love—not that we loved God, but that he loved us and sent his Son as a sacrifice to take away our sins.
Dear friends, since God loved us that much, we surely ought to love each other. No one has ever seen God. But if we love each other, God lives in us, and his love is brought to full expression in us.


Jesus was very clear that the most complete understanding of God can be found by looking at the Savior.  When the disciples asked Jesus to show them the Father, Jesus replied:

Don’t you know me, Philip, even after I have been among you such a long time? Anyone who has seen me has seen the Father. How can you say, ‘Show us the Father’? Don’t you believe that I am in the Father, and that the Father is in me? The words I say to you I do not speak on my own authority. Rather, it is the Father, living in me, who is doing his work. Believe me when I say that I am in the Father and the Father is in me; or at least believe on the evidence of the works themselves. Very truly I tell you, whoever believes in me will do the works I have been doing, and they will do even greater things than these, because I am going to the Father.  (John 14:9-12 NIV)


To see Jesus is to see the Father.  This means that the character of Jesus is the very character of God.  Jesus was the one who refused to call down legions of angels to defend himself (Matthew 26:53).  When Jesus' disciples asked for permission to call fire from heaven to destroy those who rejected the Gospel, Jesus rebuked them (Luke 9:54-55).  Not only is God nonviolent, but Jesus says that God's people must also be nonviolent, doing the same works that he has done.

If this is the case, you may ask, what does Greg Boyd do with all the cases of violence in the Bible that God seemingly commits, orchestrates, orders, or condones?  While Boyd affirms the divine inspiration of the Bible, he denies that every story is accurate in its depiction of God or God's will.  For example, when God drowns the Egyptian army in the Red Sea, or when God commands the Hebrew invaders to kill the men, women, children, and livestock in a particular village, Boyd argues that the biblical record renders not what God really did or commanded, but the primitive conception of what God did.

Boyd is aware that biblical literalists will accuse him of misrepresenting who God appears to be in the Bible, making God out to be who Greg Boyd wants God to be.  But Boyd simply points to Jesus, saying, that the Savior is the true character of God, and that any depiction of God that falls short of nonviolent, self-sacrificial love is only a shadow of God God is, and falls short of being a true description of God.  Then, Boyd does something fascination with the picture of Jesus on the cross, that explains how the Bible could contain misunderstandings of who God is. 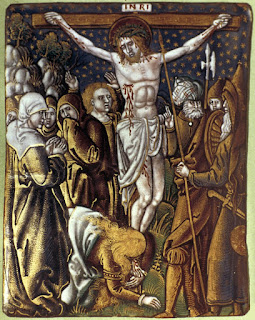 On the cross, Boyd says, God stooped to being misunderstood.  While God is a God of truth, God allowed the divine nature to be so misunderstood and misrepresented as to submit to crucifixion between two thieves.  Jesus allowed himself to be identified as a sinner, even though he never committed a sin.  Just as Isaiah 52:14 describes the Suffering Servant as being so abused and scarred that he no longer appeared human, Jesus allowed himself to be so misrepresented to the extent that he didn't even appear to be God.  On the cross, the nonviolent God was willing to be identified with violence so that God could identify with humanity, and we might know God.

While many will say that this view denies biblical authority, Boyd contends that understanding scripture in this way allows us to read the Bible not as a science or history textbook, but as a narrative of humanity's misunderstanding of God, coming to a climax with Jesus' redemptive death on the cross/.  To believe that Old Testament depictions of God are more true to God's character than the loving, nonviolent, and self-sacrificial depiction of God that we find in Christ is to elevate the Bible over the witness of Jesus himself.  Boyd suggests that any biblical passage that depicts the character of God in a way that seems contrary to the character of Jesus himself must be reinterpreted in the light of Jesus' love.  He says that the best way to understand this is to see that God is willing to be misunderstood and misrepresented as violent, in order to stoop to our level and eventually through Christ lead us to a more perfect way.

Perhaps this is a new concept for you--it certainly was a new idea to me when I read Boyd's book.  I encourage you to read it for yourself and see if it helps you to deal with the subject of divine violence in the Bible.  Personally, I feel sick over the religious violence that is all too prevalent in the world.  It's important that we answer the question, "Is God violent?"  How we answer that question will determine not just whether God is violent, but whether we ought to be as well.
Posted by Greg at 5/01/2019 10:44:00 PM 1 comment: Links to this post