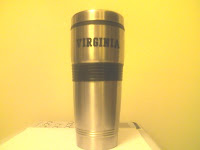 Consolation prizes are worth a lot.

Today was not a good day at church. How strange that last Sunday was so completely awesome, and this Sunday was (in my mind) a dud. I'm sure there were a lot of people who were blessed by something or other today, but to me, it wasn't all that great.

Beth was sick today. Usually, she leads the worship service--doing announcement and generally emceeing the worship. In the early service, I had to do that. I used to do that at all the other churches I've served, but now that she does it, I'm out of practice.

I felt that my sermon today completely missed the mark. At least I know my church is full of honest people, because not a single person gave the obligatory "Good sermon, preacher" along with their handshake after church. They would've been lying if they had said it.

In addition to the two dud sermons I preached, I felt that the two Bible classes I taught were lackluster.

The one thing that brightened my day was a little gesture from a church member who has taken it upon herself to be an encouragement to me, and to other pastors in the area. This person has twice now given goody bags to the pastors who meet at Antioch each Wednesday for breakfast. She does this, just to brighten our days. Today, my consolation prize was this stainless steel Virginia travel mug. She had no idea that I was short on travel mugs, or that I prefer the stainless ones. Even more, she had no idea that I needed encouragement this evening.

So, I don't know if she'll ever read this or not, but thank you to the one who gave me this consolation prize. You have no idea how much your simple gesture meant. 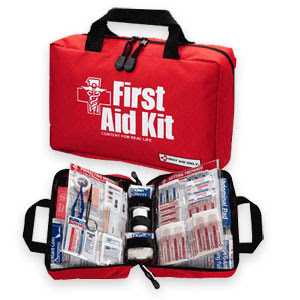 Today, I got up early (as I said I would last night) and wrote my sermon. We were getting ready to go to Charlotesville when through my window I saw a couple on horses riding down the road, followed by a little dog. I took a peek, because I always like to watch people on horses. Not a minute after I looked away, I saw through my window that one of the horses was galloping back the opposite direction--with an empty saddle!

I bolted out the door, in time to see a friend who had happened to be driving behind the couple on horseback, who had stopped her car in the road and was running up my sidewalk to get me. Fifty yards away, on the road, was the couple. He was cradling her in his arms, and blood from her head was already everywhere. Her horse had gotten spooked, and thrown her. She landed head first on the pavement, suffering a horrible gash in her head, along with cuts to her face and hands.

I arrived maybe thirty seconds after it happened. Jed (the young man--one of our neighbors) told me that as soon as he looked up to call for help, there we were. Ashley (the young woman) was already in shock. I called to my kids, who brought a blanket and pillows to elevate her feet. (They were so fast--I'm very proud of the good job they did.) Nobody had any rubber gloves, so they went to the neighbors' houses to hunt some down.

We called 911 and waited for them to arrive. Drivers began to stop and offer assistance. Jed's brother arrived with a first-aid kit. We put a dressing on the major wound on her head. Thankfully, the bleeding did stop after a while. We tried to keep her immoble, and kept her in the road while my kids and other motorists who stopped directed traffic around us. One of the drivers who happened to be passing by was an EMT. He stopped and helped while we waited for the rescue unit to arrive.

After a while, we heard the siren. I mused later that we hate to hear that annoying sound in everyday life. Sometimes it makes us nervous if it's behind us. But today, it was a sound of wonderful hope! While we were waiting, Ashley was drifting in and out of clarity. We had to keep talking to her, keep asking her questions, to try to keep her awake. There were several times when it looked like she was not going to remain awake (That's the most I'll say, without any professional expertise.)

When the EMTs got there, I stayed to help as much as I could. They got her on a backboard stretcher and took her to UVA hospital.

I wanted to check on her. We arrived at the hospital ER some time later, and they told us that her head wound had closed up pretty quickly. She had no spinal injuries that they could find, after multiple MRIs. She did have a concussion, but they said they would probably be sending her home tonight. As soon as we got there, the plastic surgeon arrived, and we were ushered out. We stayed with Jed and his dad for awhile, and left with their promise to call us later to update us. I'm sure they've been very busy today, and haven't called. I'll check up with them tomorrow.

I'm writing this to ask you to pray for Ashley. She's 23 years old, and she and Jed were on their 3rd date. Please pray for her healing--body, soul, and spirit. Please pray for Jed, too, as he deals with all of this.

I thank God for the quick response and skill of the EMTs and fire & rescue people, for the good work of all the doctors, nurses, medical and support staff at the hospital, and for the neighbors who cared enough to help.

(It's been a pretty full day for me, between this, sermon prep, and a Sunday school dinner tonight. No writing today.)
at November 15, 2008 No comments:


I'm tired. Yes, it's official. NoNoWriMo is half over tomorrow, and I'm tired. People have started to notice that I'm tired. Almost every day somebody says, "Are you okay? You look...off...er somethin'."

So I'm not writing today. I should write my sermon tonight, but it's going to wait til tomorrow morning. It's 12:22, and I've been going since 7 this morning, and I only got 4 hours of sleep last night--which is becoming almost standard now that I'm doing NaNoWriMo.

Sustainable for the short term, but not indefinitely. The event this month has taught me a lot of things. At the conclusion of the month, I'll tell you what those things are. But once NaNoWriMo's done, I'm going to make some changes.

Thanks for your encouragement, and for your prayers.

A New Word for Me


No--I don't use a "word of the day" calendar. I probably should, because I love words. It's unusual that in daily conversation I encounter a word I don't know. Yesterday I learned a new word: Casuistry.

An example of casuistry:

It's okay for me to claim that I'm participating in NaNoWriMo, even though I haven't registered on the nanowrimo website, and even though I'm not keeping the kind of schedule necessary to write 50,000 words in one month. This is okay because I'm non-dogmatic about most things (thus resolving my own specific case with my ethical and religious principles). It's also okay because I started out halfway through. It's okay because I really believe in caring for my church and family, and the way I do that is by caring for myself, as their caretaker, and if I'm going to care for myself then that means I should get proper sleep and not stick to the 50k goal. Casuistry, casuistry, casuistry.

Yes, I'm a casuist. A rationalizer. That said, it's 10 PM and time to plunge in to write. If, four hours from now, I have nothing to show for it, I'll probably employ a bit more casuistry.
at November 13, 2008 No comments: