Today is the final day of our 27th week, reading the Bible through in a year together.  Our scriptures today are:  Ecclesiastes 10-12; 2 Timothy 4.

As Paul closes his second letter to Timothy, he charges Timothy to fulfill his calling as a leader in the church at Ephesus.


I charge you in the presence of God and of Christ Jesus, who is to judge the living and the dead, and by his appearing and his kingdom: preach the word; be ready in season and out of season; reprove, rebuke, and exhort, with complete patience and teaching. For the time is coming when people will not endure sound teaching, but having itching ears they will accumulate for themselves teachers to suit their own passions,  and will turn away from listening to the truth and wander off into myths.  As for you, always be sober-minded, endure suffering, do the work of an evangelist, fulfill your ministry (2 Timothy 4:1-5*). 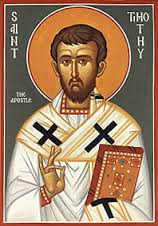 When Paul gives Timothy his job description as a worker in the church, it turns out to be a tall order.  I can imagine Timothy reading this and saying, "Oh, is that all you want me to do???"  Timothy is to be both a talented preacher and teacher (two related, but actually different skills).  He is to reprove and rebuke people--something that can often feel harsh to those who receive it.  Yet, he is also to exhort--something that most people enjoy, walking away with a sense of encouragement.  Paul tells Timothy to have an attitude of complete patience with people--a quality not possessed by many who have the spiritual gift of being able to rebuke people.  He is to endure suffering and be sober-minded, yet often the work of an evangelist involves sharing the Gospel in a manner that is more creative and daring than sober-minded.  In addition, Paul tells his protege to be ready to do all these things in season and out of season.  At all times, Timothy should be prepared to fulfill these job requirements.

The work that Timothy had to do often seemed contradictory.  It would be nearly impossible for Timothy, or for anyone, to possess all the skills necessary to do all these things with excellence.  In the same way, the tasks that you may be called to perform may call on a skill set that you don't possess.  You may feel perfectly capable of some things that are set before you, while feeling inadequate for other things that you still have to do.  You may want to throw up your hands and say, "But--that's not my job!"  Yet, there may be things that you simply can't avoid.

Every Christian has their own ministry to which God has called them.  How do you fulfill your ministry, even when it involves being thrown into situations for which you feel ill-equipped? 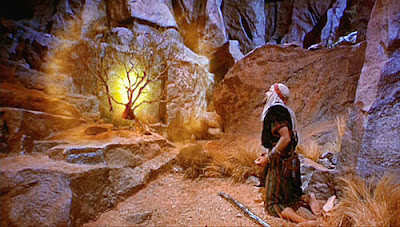 First trust God to provide the right words.  In Matthew 10:19-20, Jesus tells His disciples, "When they deliver you over, do not be anxious how you are to speak or what you are to say, for what you are to say will be given to you in that hour.  For it is not you who speak, but the Spirit of your Father speaking through you."  This same principle applies not only when you're arrested, but any time you have to speak and are unsure what to say.  When God called Moses to go to Pharaoh and command the release of the Israelites, Moses argued that his speech would be inadequate.


But Moses said to the Lord, “Oh, my Lord, I am not eloquent, either in the past or since you have spoken to your servant, but I am slow of speech and of tongue.”  Then the Lord said to him, “Who has made man's mouth? Who makes him mute, or deaf, or seeing, or blind? Is it not I, the Lord?  Now therefore go, and I will be with your mouth and teach you what you shall speak (Exodus 4:10-12).”


Next, trust God to provide the right tools.  Moses feared that he didn't have what it took to perform his mission.  The Lord would show him that he had to trust that God will would fill in the gaps between what life called him to do, and his own inabilities.  Exodus 4:1-5 says:


Then Moses answered, “But behold, they will not believe me or listen to my voice, for they will say, ‘The Lord did not appear to you.’”  The Lord said to him, “What is that in your hand?” He said, “A staff.”  And he said, “Throw it on the ground.” So he threw it on the ground, and it became a serpent, and Moses ran from it.  But the Lord said to Moses, “Put out your hand and catch it by the tail”—so he put out his hand and caught it, and it became a staff in his hand— “that they may believe that the Lord, the God of their fathers, the God of Abraham, the God of Isaac, and the God of Jacob, has appeared to you.”

What did God choose to use in order to work miracles that would convince people of His power?  He used whatever Moses had in his hand.  In other words, God uses what we have--not what we don't have--in order to do His wonders.  God knew that there would be so many things about his job that Moses would feel unfamiliar with, that He decided to let Moses use something familiar in order to perform miracles.  Trust that if God puts you into an unfamiliar situation, He will still put familiar tools in your hands.

Finally, trust God to provide the right partners to help you in the work He has assigned to you.  Moses was afraid, because he didn't think he could go it alone.

But he said, “Oh, my Lord, please send someone else.”  Then the anger of the Lord was kindled against Moses and he said, “Is there not Aaron, your brother, the Levite? I know that he can speak well. Behold, he is coming out to meet you, and when he sees you, he will be glad in his heart.  You shall speak to him and put the words in his mouth, and I will be with your mouth and with his mouth and will teach you both what to do.  He shall speak for you to the people, and he shall be your mouth, and you shall be as God to him (Exodus 4:13-16).

Just as Moses could trust that God would provide him with the right words, the right tools, and the right partners to help him do his work, Timothy could also trust that God would give him what he needed to accomplish his monumental task.  The Lord would make sure he had everything necessary to tackle a project that might otherwise be frightening.  If your calling is more than you feel capable of, don't worry.  As someone once said, "God doesn't call the equipped; He equips the called."


*All scriptures are taken from the ESV.