Journey to the Manger 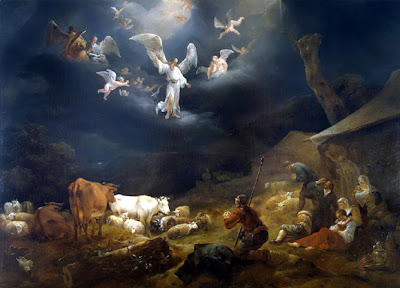 Morris Mandell writes about a Chinese legend:
“A group of elderly, cultured gentlemen met often to exchange wisdom and drink tea. Each host tried to find the finest and most costly varieties, to create exotic blends that would arouse the admiration of his guests.

When the most venerable and respected of the group entertained, he served his tea with unprecedented ceremony, measuring the leaves from a golden box. The assembled [connoisseurs] praised this exquisite tea. The host smiled and said, "The tea you have found so delightful is the same tea our peasants drink. I hope it will be a reminder to all that the good things in life are not necessarily the rarest or the most costly.” [i]

What is true for tea is also true for people.  Those who are the most interesting, intriguing, and inspirational are often not the grandest and most glorious.  Throughout the Bible, God uses common people to do uncommon things.  “The first shall be last,” Jesus said, “and the last shall be first.” [ii]  God’s Word is filled with stories of ordinary people like tradesmen, teachers, and tax collectors—the last people you would think of—all of whom changed the world.  Today’s scripture is about a group of people like that—tired shepherds who made an amazing journey from a dirty field to a dirty manger.

Travel wasn’t done in those days just for fun.  Nobody left everything behind just for a week of vacation.  It took something tremendous in order to make someone leave their home or their work.  Maybe a celebration like a family wedding would call people to travel.  Or perhaps an emperial edict like the one that forced Joseph and Mary to uproot and go to Bethlehem.  Sometimes people made religious pilgrimages…but it took something special to make a person leave everything behind and travel.  It would take something big to make the shepherds leave their work and journey to the manger.  What would it take for you to leave behind all that’s on your plate today—to find what God has in store for you?

Maybe you would say that it’d take a lot of luck.for something amazing to happen to you.  “These shepherds were just in the right place at the right time.”  Verses 8-9 say, And there were shepherds living out in the fields nearby, keeping watch over their flocks at night. An angel of the Lord appeared to them, and the glory of the Lord shone around them, and they were terrified.  You might argue, “These shepherds didn’t plan to be part of the Christmas story—they were just lucky!”  Similarly, you could argue that if you only had more luck, you might experience good things more often.  You might have won that $550 million Powerball jackpot last month.  Or maybe if you had just been born into a different kind of family, you might have ended up some kind of saint—but that’s just not who you are.  It’s just your luck that you would turn out the way you did.  But the Bible says that there’s more to it than simply chance.  Proverbs 16:33 (ESV) says, “The lot is cast into the lap, but its every decision is from the Lord.”  In other words, your journey to the manger (or your journey to Jesus) isn’t a matter of chance.  It’s a matter of God deciding to appear to you in a wonderful way.
One thing it would definitely take for you to move from the common, ordinary, everyday experience of your life, into an experience of God’s presence, is a huge dose of liberation.  Do you remember that show Fear Factor?  Contestants had to brave their greatest fears, like being covered with spiders or walking a tight rope across a canyon.  Each one of them needed liberation from the fear that gripped them.  Luke 2:10-11 says, But the angel said to them, “Do not be afraid. I bring you good news that will cause great joy for all the people.  Today in the town of David a Savior has been born to you; He is the Messiah, the Lord.”  Do you know what you would have seen if you had been there that night when the angels appeared in the sky?  You would have seen shepherds shaking in their shoes.  This happens all the time in the Bible when someone comes face to face with an angel.  But the angel’s message is “Fear not!”  Hebrews 10:31 (ESV) says, “It is a fearful thing to fall into the hands of the living God.”  But instead of fear, the angel wanted the shepherds to know the liberation of meeting God face to face in the person of Jesus.  What are you afraid of?  Like the shepherds who quaked before an angelic appearance, are you afraid of the supernatural?  Would you prefer to remain in the dirty fields of life rather than going off to meet God face to face?  God wants you liberated so you can find Him.


Some people are so set in their ways that they won’t set out unless they see a sign.  Like the barrage of signs that someone put up along the freeway that were written as if they were from God.  Like, “I miss how you used to talk to me when you were a kid—God.”  Or, “As my apprentice, you’re never fired—God.”  Or, “Let’s meet at my house Sunday, before the game—God.”  It’s not wrong to ask God to make something clear to you.  Gideon set out a fleece,[iii] Noah sent out a dove,[iv] and God gave the angels to the shepherds, and He told them what to look for as they searched for the baby.  In vv. 12-14 the angel says, “And this will be a sign for you: you will find a baby wrapped in swaddling cloths and lying in a manger.”  And suddenly there was with the angel a multitude of the heavenly host praising God and saying, ‘Glory to God in the highest, and on earth peace among those with whom he is pleased!”
You might remind me that twice in the Gospel of Matthew,[v] Jesus said, “A wicked and adulterous generation asks for a miraculous sign.”  Yep—He did say that.  But notice that word “miraculous.”  Jesus didn’t say it was wicked to ask for a sign of any kind.  No—God is in the business of giving signs to His people.  But don’t insist on miraculous signs.  Instead, be observant of the way God is speaking all around you.  Look for simple signs.  Listen to the conversations that just come up “by accident.”  Pay attention to what you read in His word everyday.  Watch the examples given to you by natural events.  God is still speaking—but you don’t need a billboard to hear Him.
The last thing you will have to do is Switch employers.  Verses 15-16 tell us, When the angels went away from them into heaven, the shepherds said to one another, “Let us go over to Bethlehem and see this thing that has happened, which the Lord has made known to us.”  And they went with haste and found Mary and Joseph, and the baby lying in a manger.  Do you think that those shepherds could have left their flocks alone in the night if they were concerned about what their employer might think?  No—they had just heard the greatest news ever shared with human beings, and along with that they received a commission from God.  That baby was wrapped in swaddling clothes, but maybe that wasn’t enough warmth in a cold, wet cave.  God was sending the shepherds with some fleece to keep that baby warm!  Their job was to switch the swaddling clothes for the snuggly skin their sheep could provide.  The shepherds switched employers, preferring their mission from their Maker over their mandate from the man they worked for.  If you’re going to serve God, you’re going to have to switch employers.  Jesus said, “No man can serve two masters.”[vi]
Switching employers doesn’t mean scrapping the work that you do.  The shepherds didn’t quit being shepherds—they simply readjusted their priorities to put God first in all things.  Do you remember those seven dwarves who sang, “Whistle While You Work?  Well, the shepherds changed their tune to “Worship While You Work.”  Verse 20 says, The shepherds returned, glorifying and praising God for all the things they had heard and seen, which were just as they had been told.  They continued in their chosen profession, glorifying God as they worked.
Our Gold Nugget for today is Colossians 3:23-24.  You can find this verse printed in your bulletin.  I encourage you to take it home and cut it out.  Anthony told me this week that he keeps his on the dashboard of his police cruiser.  What a wonderful thing—for people who get arrested to sit in the back seat and instantly get a word from God!  What a great thing—for Anthony to be reminded of God’s word daily.  I hope you’ll take yours to heart as well.  Colossians 3:23-24 is our Gold Nugget for 2012.  We started out the year by talking about doing our best in all circumstances.  Go ahead and take your bulletin out so we can read it together.  Whatever you do, work at it with all your heart, as working for the Lord, not for human masters, since you know that you will receive an inheritance from the Lord as a reward. It is the Lord Christ you are serving.”
God calls each of us to Journey to the Manger.  It won’t take luck to leave behind the mundane life and find God.  It will require, and result in, a divine liberation from fear.  You may see some signs along the way if you’re looking to find Jesus.  He calls us to continue doing the work that we’ve been doing, but to find God in it.    Like He did with the shepherds, God wants to wake you up to His will.  He wants you to be willing to follow where He leads.